Alex Kinsley is originally from Hamilton, O.N. where he received jewellery training from my parents. Moving to Toronto in 2010 he studied jewellery at George Brown College, receiving a Adv. Diploma in Jewellery Arts in 2013. He has shown work in Canada, Europe, and the United States. He has been a member of Craft Ontario since 2012 and was accepted into Harbourfront Centre’s Artist-in-Residence program in 2015. He is currently a sessional instructor at OCAD University in Toronto, and has previously taught at George Brown College in Toronto, and NSCAD University in Halifax.

The jewellery he creates mimics the industrial landscape of Hamilton; made up of stacks, chimneys, and funnels which grow from the grey backdrop. This industrial aesthetic is both an integral part of the city’s identity and a blight on its coast. His work attempts to capture a rough, decayed feeling and an abstract aesthetic by using very simple forms to capture not only the physical characteristics of the city, but also the rough, grimy ethos of its people. Rust, surface oxides and intentional tools marks are key to relating that idea. 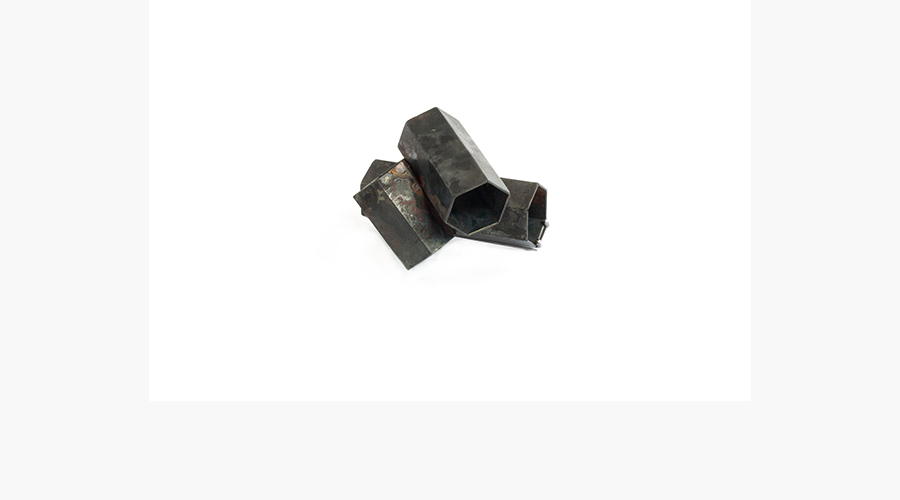 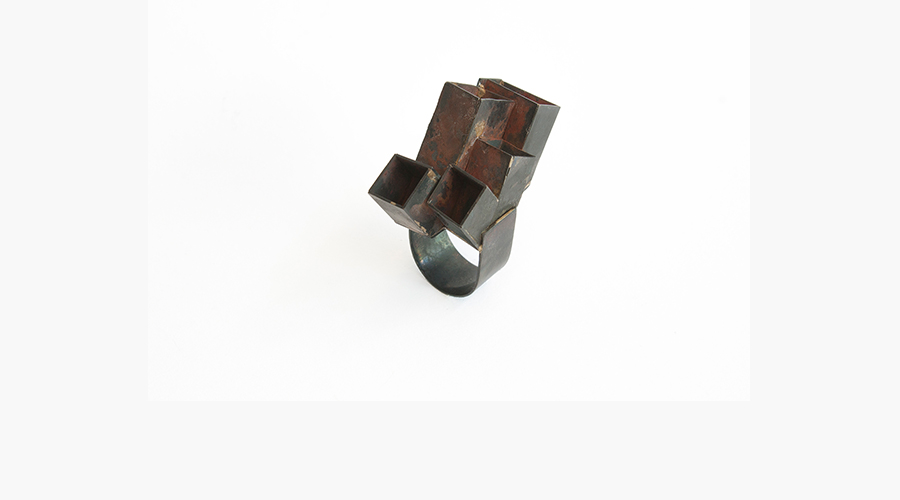 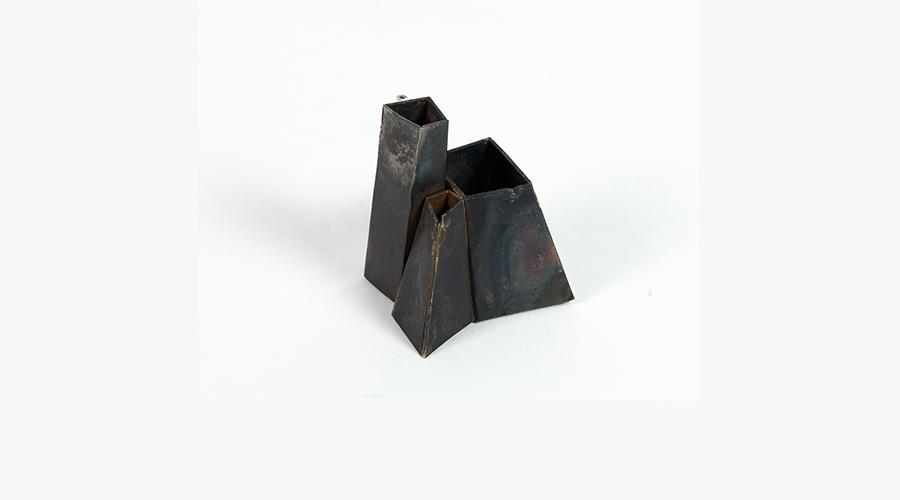 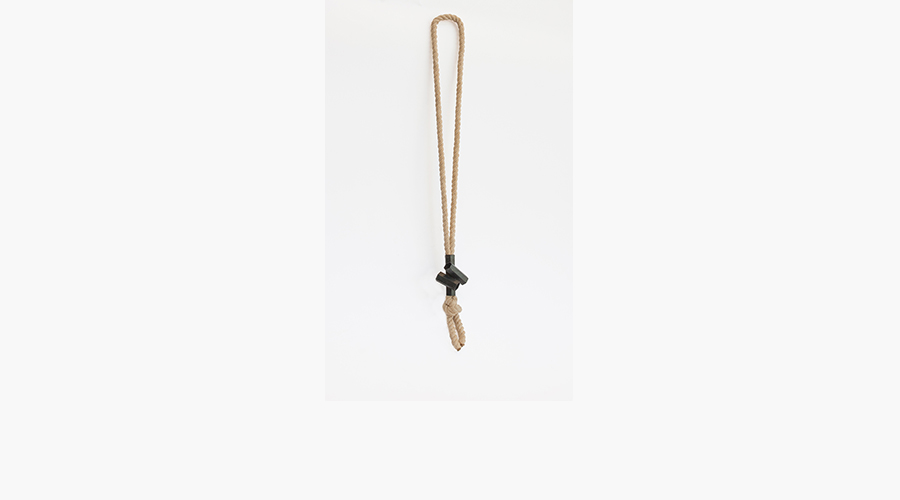 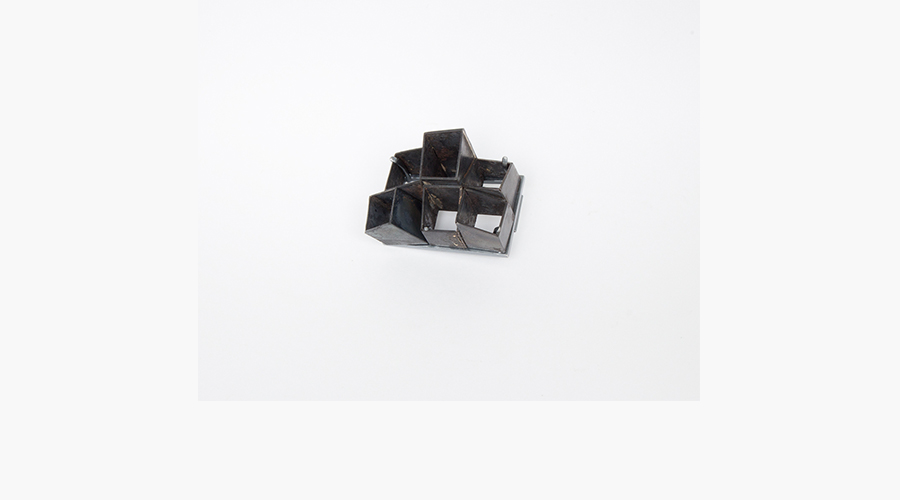 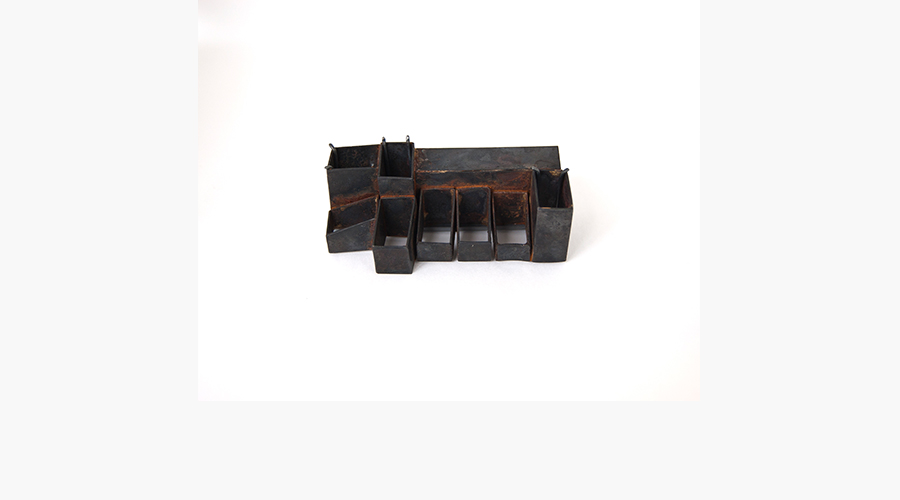 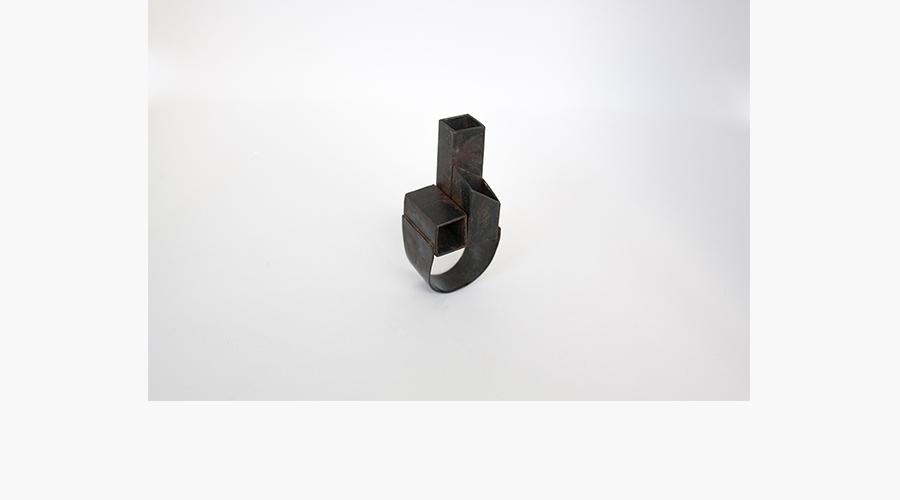 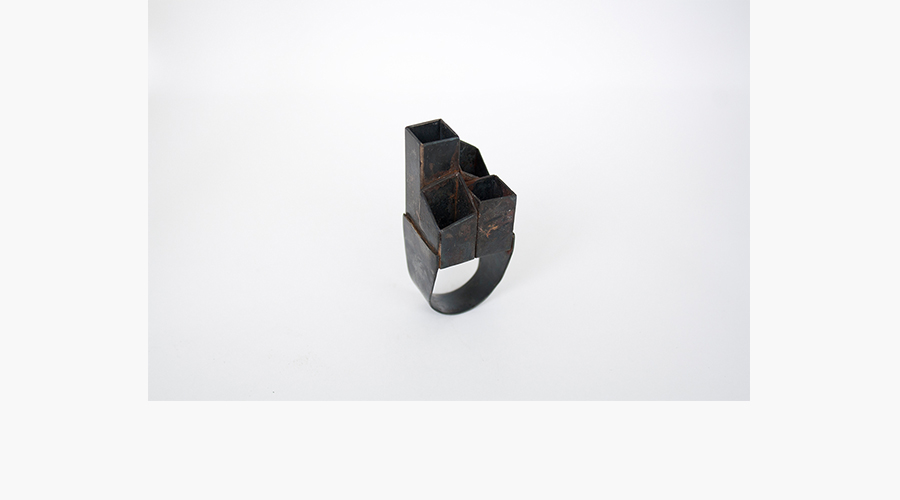 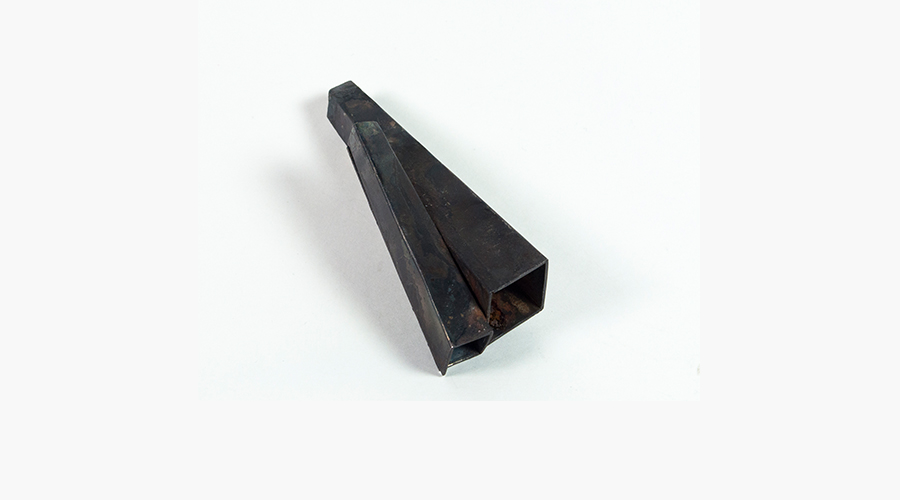